Is silodosin the new first-line treatment for LUTS secondary to BPH?
Reviewed by Edmund CP Chedgy

This meta-analysis aims to evaluate the safety profile and non-inferiority of silodosin when compared to tamsulosin for the treatment of male lower urinary tract symptoms (LUTS) secondary to benign prostatic hyperplasia (BPH). As the prostate and bladder neck are abound with α1A-adrenoceptors and as such silodosin, as a selective antagonist of this receptor, is proposed to be more efficacious than older, less selective agents. Indeed silodosin shows 38 times the affinity for the α1A receptor as compared to tamsulosin. In this meta-analysis the authors developed a clear search strategy in an attempt to capture all relevant literature. A total of five studies were included in their final analysis, three of which compared the efficacy of silodosin with placebo and four of which compared silodosin with tamsulosin. A total of 2595 patients were included in these studies with minimal demographic variation between randomised controlled trials (RCT). In their analysis silodosin was found to show significant improvement, as compared with placebo, in total International Prostate Symptom Score (IPSS), IPSS sub-scores and in Qmax. Silodosin demonstrated a greater improvement in voiding symptoms than tamsulosin. However, this improvement in efficacy was at the cost of a higher incidence in retrograde ejaculation when compared with both tamsulosin and placebo. Furthermore there was no significant difference when compared to tamsulosin with respect to total IPSS, IPSS storage symptoms, Qmax, and in quality of life. This meta-analysis demonstrates that silodosin offers some improved efficacy over and above that of tamsulosin, albeit with a slightly higher rate of retrograde ejaculation. However, in the current economic climate it might be difficult to justify utilising a potentially more expensive agent, which, as yet, has not demonstrated clear superiority. However, the lack of clinically relevant effect on blood pressure may make this the drug of choice for LUTS / BPH in a selected population. 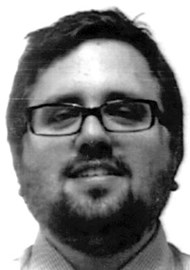