Demanding cases or nightmares in endourology? Nov/Dec 2017
By Thomas Johnston and Stephen Keoghane

A 78-year-old male was transferred from a referring hospital. He had a cystectomy and ileal conduit performed 15 years previously and had recently been admitted with a clinical diagnosis of an infected obstructed kidney. The referring hospital had sited bilateral antegrade ureteric stents and were unable to remove the stent on the left side when the sepsis had settled. He had a long tortuous ileal conduit which was difficult to endoscope. A safety guidewire was placed retrogradely into the left kidney and after considerable manipulation, the stent was removed but the wire displaced and could not be replaced. Interestingly, some of the strings were still attached to the proximal end of the stent which may have led to difficulty with extraction. A perioperative loopogram demonstrated free reflux up both sides and the patient made an uncomplicated recovery, stent free. 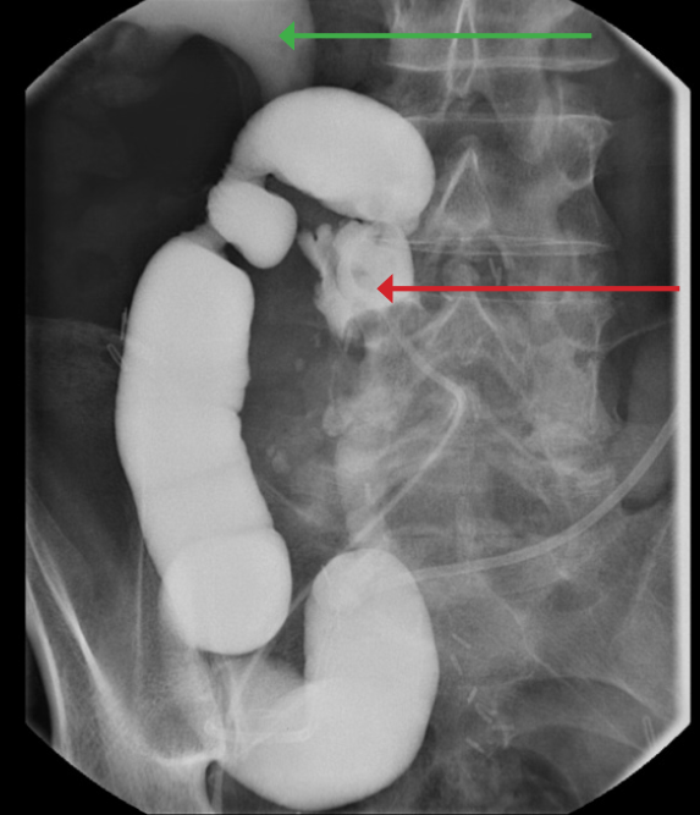 A 44-year-old woman presented with left flank pain and stones in an upper pole diverticulum. She had undergone a failed percutaneous nephrolithotomy (PCNL) and flexible ureteroscopy in another hospital. 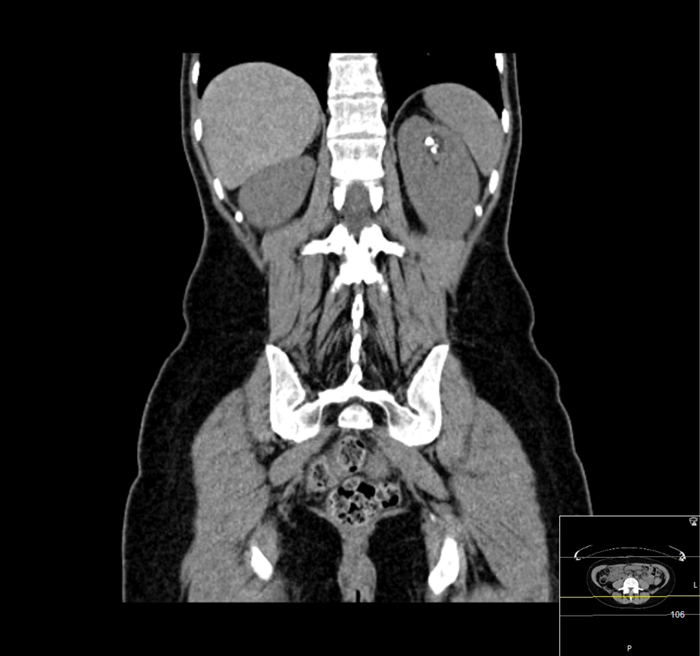 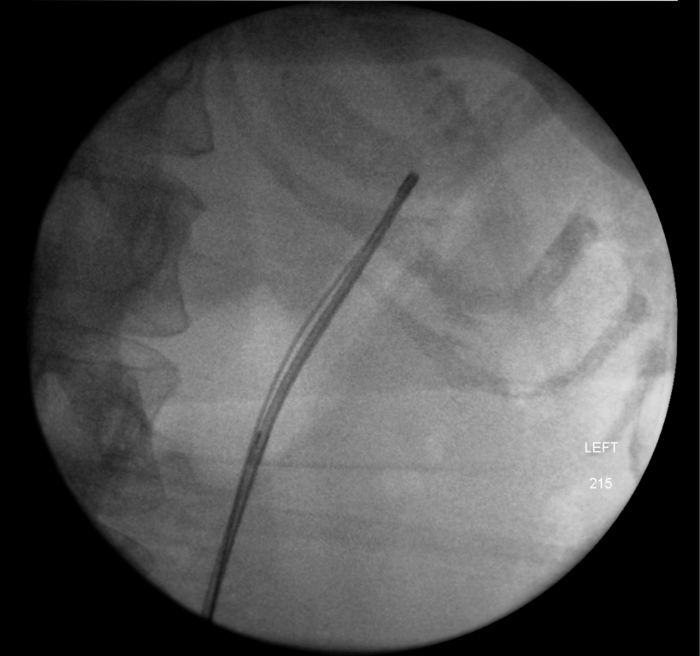 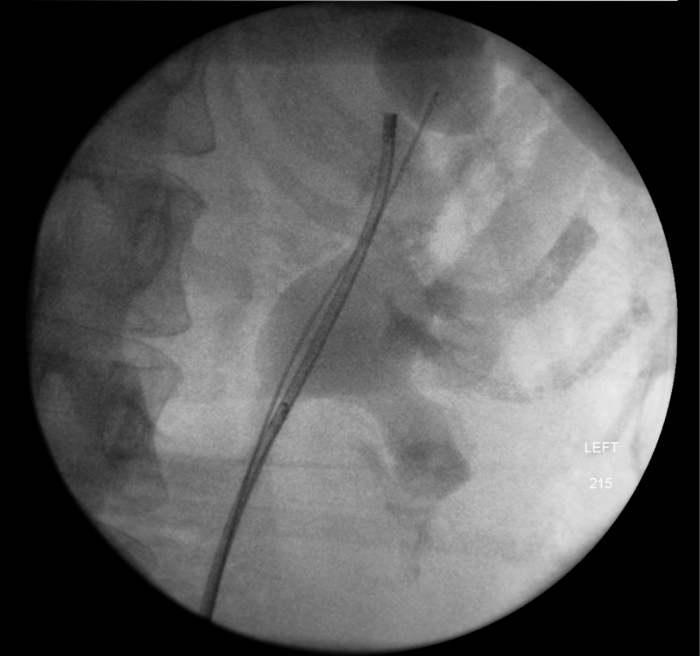 Flexible ureteroscopy and a retrograde pyelogram demonstrated the upper pole calyceal diverticulum with a pinpoint infundibulum entrance. The entrance was opened using a holmium laser on a low power setting and the stones dusted to allow spontaneous passage. A stent was placed into the diverticulum and left for four weeks. The patient was subsequently stone free.

An 80-year-old woman presented with urosepsis requiring direct admission to intensive care. A CT scan demonstrated gas in the collecting system and a nephrostomy was inserted. 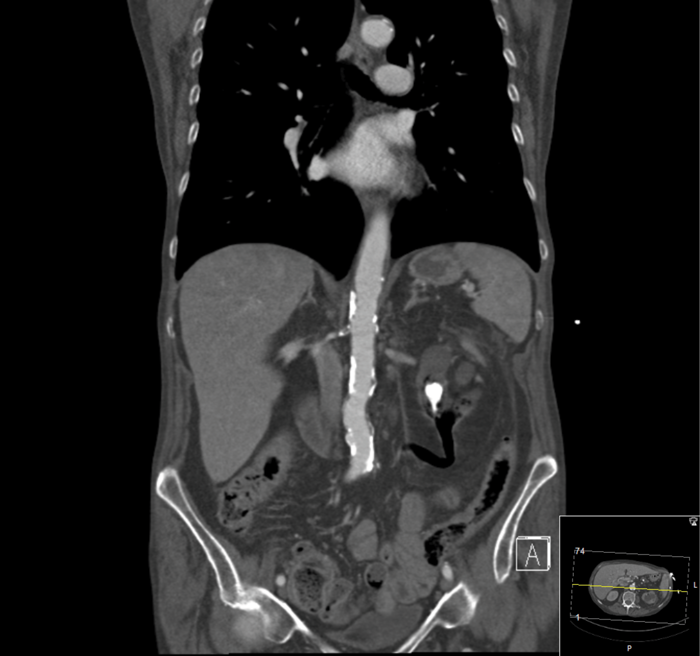 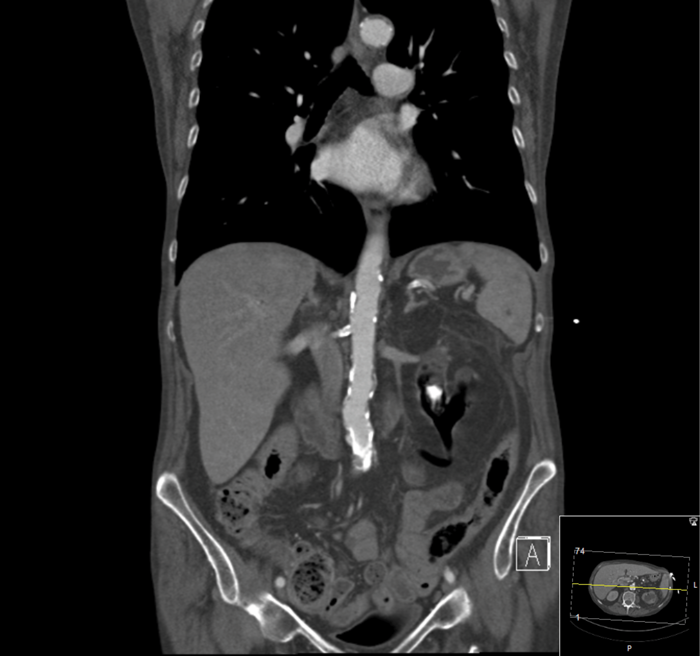 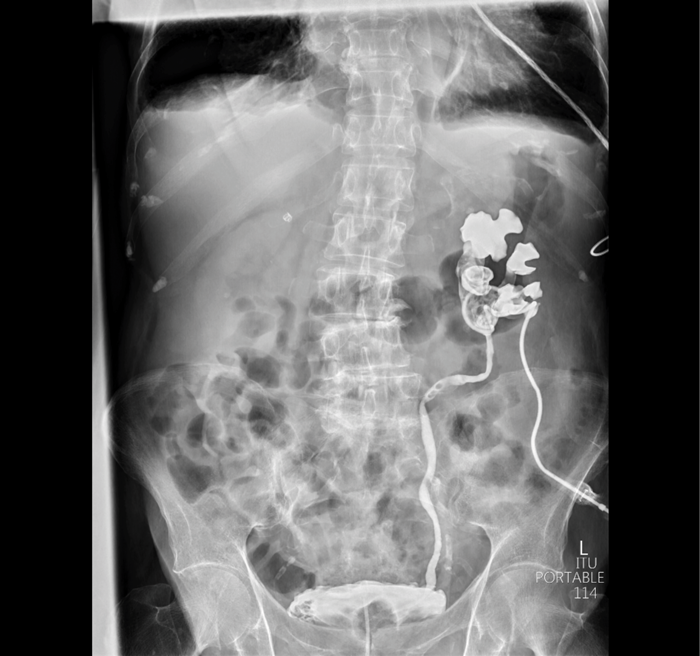 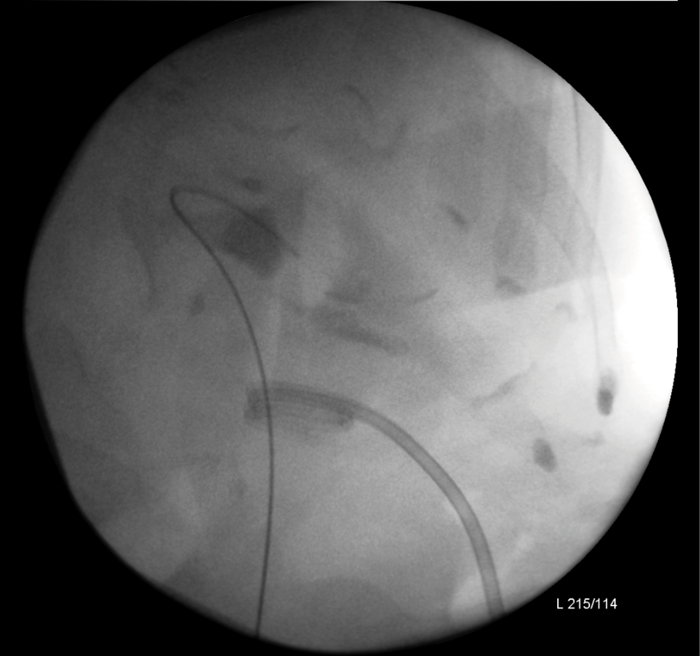 Figure 2: Nephrostogram showing stone in left kidney with nephrostomy in place prior to flexible ureteroscopy.

The patient made a good recovery from her life-threatening sepsis, retaining function on a DMSA scan and underwent a flexible ureteroscopy to clear the stone. Gas forming organisms in the urinary tract result in dramatic imaging but should not distract from the patient’s clinical condition. A conservative approach may avoid a nightmare nephrectomy in a highly morbid patient.

A 57-year-old male presented with right flank pain. He had an established diagnosis of medullary sponge kidney and had been lost to follow-up. Serum creatinine was 114. 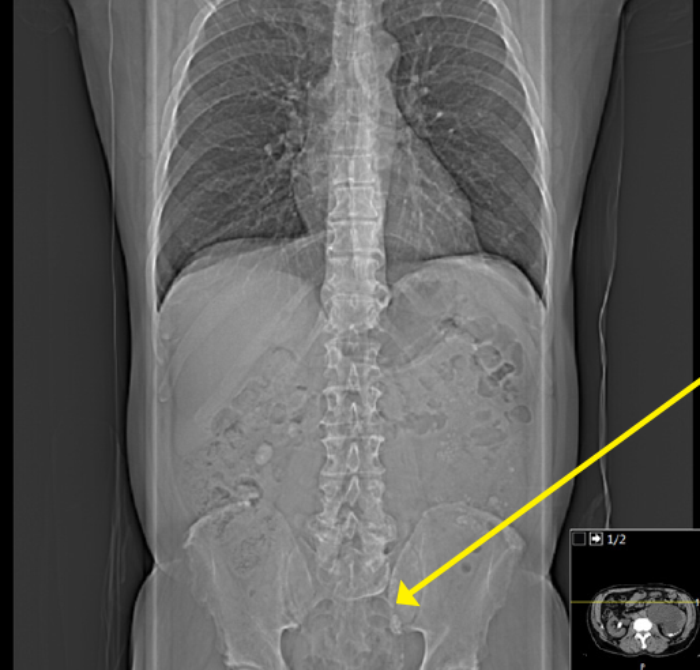 Figure 1: CT scout film demonstrating left ureteric stone on the opposite side to the patient’s pain. 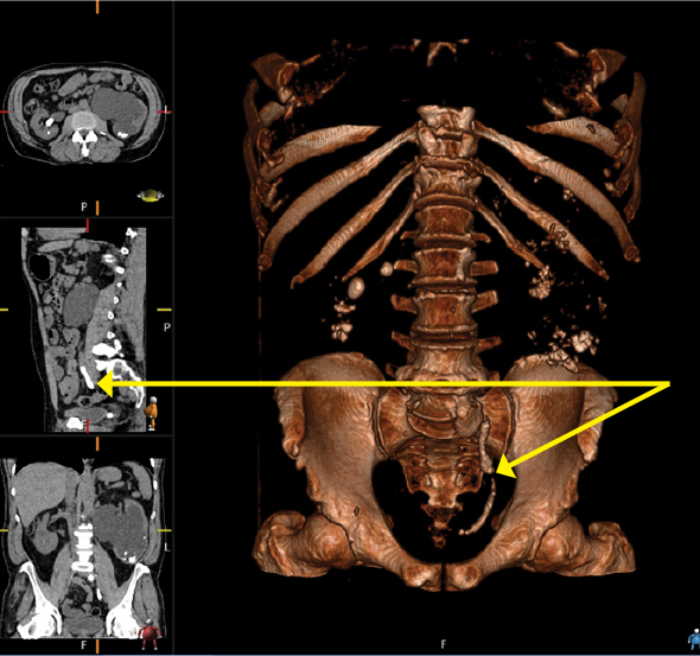 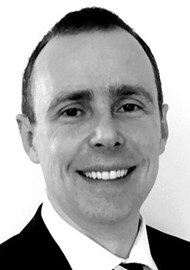