Nephrolithiasis is the most common cause of non-obstetric abdominal pain in pregnancy. Accurate diagnosis is imperative as stone related complications can lead to pre-eclampsia, urosepsis, and premature labour [1,2]. In the general population, non-contrast cross sectional imaging is recommended by the National Institute for Health & Care Excellence (NICE) for patients with suspected renal calculi. During pregnancy however, NICE recommends renal ultrasound as the first diagnostic modality [3].

We aim to review current literature and assess the fine balance that must be sought between a timely diagnosis and the risk of radiation exposure to the unborn foetus, in the diagnosis and treatment of renal calculi.

There are multiple changes to the urinary tract during pregnancy that potentially influence stone formation. The two main factors described are increased urinary stasis and changes to the mineral composition of the urine.

Gestational hydronephrosis is common and is present in a reported 90% of patients in the third trimester. This results from an increase in the glomerular filtration rate (GFR) during pregnancy, as well as the compressive impact of the gravid uterus. This is generally more pronounced on the right and Peake et al. show a 90% vs. 67% right versus left split for the presence of hydronephrosis [4].

The constituents of urine also change during pregnancy with an increase in urinary lithogenicity. Hypercalciurea is driven by an increasing GFR as well as increased filtration of calcium from the blood mediated by placental 1,25 –dihydroxycalciferol.

Although the anatomical and physiological changes during pregnancy should lead to an anticipated increase in stone formation during pregnancy this does not seem to be the case. The incidence seems to be similar to that of the general population, and one report suggests that there has been no significant rise over the years in pregnant patients, as there has been in the general population [5].

In the general population, CT without intravenous contrast is recommended by NICE as the gold standard diagnostic tool for suspected renal calculi with a sensitivity and specificity of 98% [6]. As with any CT scan however, it does expose the patient to ionising radiation. As urologists we tend to think of the dose of radiation in mili-Sieverts. Specific to pregnancy however it is imperative to assess the dose in Grays (Gy) and milli-Grays (mGy), as this is the dose actually received by the foetus.

At each stage of gestation there are different associated risks to the foetus, as well as different dose thresholds.

The risks of radiation exposure to the foetus during pregnancy are threefold:

When considering the risk of radiation exposure in imaging, it is useful to consider the background doses of radiation people are exposed to as part of day to day living. The GOV.UK website states that average background dose of radiation in UK is 2.7 mSv. A return transatlantic flight adds 0.16 mSV to this total and living in Cornwall can almost triple the annual dose.

Diagnosis of stones during pregnancy

As with any acute presentation the first-line of investigation is a thorough clinical history including obstetric milestones and full examination. In pregnancy, diagnosis is not always easy, as other differentials must be considered. A single centre review of pregnant patients presenting with renal colic to the emergency room showed that 28% were initially diagnosed with an alternative diagnosis [8]. It is generally accepted however that treatment of renal colic cannot be based on purely clinical diagnosis alone. Therefore, appropriate imaging must be undertaken.

The first-line imaging recommended by NICE and the EAU is ultrasonography. US is a cheap, non-invasive and non-ionising method of imaging the urinary tract. The sensitivity however is less than that of the CT KUB and is quoted at 45% for ureteric calculi [9]. This, is likely due to the fact that US is highly user dependant. In clinical practice US is very useful for detecting hydronephrosis. This, however, could be due to physiological alterations in pregnancy and therefore cannot be diagnostic for renal calculi. This often leads to unanswered questions regarding the presence of stones in a dilated upper tract. Techniques, such as the use of Doppler looking for ureteric jets, have been used to aid the diagnosis of obstruction.

A small single centre study showed that the sensitivity of diagnosis in complete obstruction was 100% and 77% in partial obstruction [10]. The study has drawbacks: it had a small sample size and is assessed against an intravenous urogram rather than the modern-day gold standard of a CT KUB. It is able to show obstruction, however the problem of stone size and position may still be missed. In clinical practice, especially out of hours, the logistics of obtaining ultrasonography with Doppler make it unfeasible. They are heavily user dependent and are considered less sensitive if the patient is dehydrated as they may well be if septic.

If US is inconclusive MR urography remains an alternative diagnostic modality. Some authors as well as the EAU consider it to be a second-line therapy [11]. It does have advantages in that it does not omit ionising radiation and does have high sensitivity for the detection of upper tract dilatation. The evidence for the detection of renal calculi is limited. It has been shown to be useful in showing the secondary signs of obstruction such as ureteric dilatation and perinephric fluid. Although useful, these are non-specific signs and could be from a variety of causes, and this is demonstrated by the low detection rate (50%) of stones in this study. MRI is considered safe in pregnancy and the American College of Radiologists suggests there is no increased risk in the first trimester for non-contrast MRIs. There is concern regarding the use of gadolinium-based contrast which can be used in urography, especially in the first trimester. The only prospective human study however, showed no adverse effects following antenatal maternal administration of gadolinium contrast. This study however was notable for a very small sample size with only seven patients involved [12].

Having looked at imaging methods that do not deliver any ionising radiation, it is important to consider those that do. Although there are risks to the foetus, these could be outweighed by the benefit to the mother and ultimately the foetus in timely diagnosis. In the diagnosis of renal calculi ionising imaging modalities include plain X-ray, CT KUB and Mercaptoacetyltriglycerin (MAG3) nuclear medicine studies. Plain radiography with or without intravenous contrast is generally of little use. The radiation dose needed, especially when contrast is used, is relatively high in comparison to the sensitivity of the test. Later in pregnancy the foetal skeleton may obscure satisfactory images of the urinary tract and may lead to false negatives which could be harmful.

CT scans are generally considered safe if the foetus is not in view. Unfortunately, with renal calculi especially in the lower ureters, the gravid uterus tends to be penetrated and hence is very rarely used in pregnancy. The atomic bomb survivor studies, from which most of the evidence for potential harm to the unborn foetus comes from, report threshold doses for risk of teratogenicity and mental impairment [13]. The range is generally from 50mGy in early pregnancy (i.e. before implantation) to 280mGy later in gestation. It is therefore important to look at the dose received by the foetus from individual scans. Low dose and ultra-low dose CT KUB has been shown to be as accurate in showing renal calculi as classical CT KUB whilst reducing the dose to as little as 0.9mSv [14]. The received dose by the foetus low dose CT is reported as being less than 7mGy in the first month and slightly higher at 11.7mGy at three months, and is therefore considerably less than the lowest threshold dose in the first few weeks of pregnancy [15].

Stochastic doses of radiation, where any small dose can be potentially toxic, must be considered particularly in relation to childhood cancers. This must be taken into account as cumulative radiation doses do increase risk. The above evidence may suggest that low dose CT as a one off is safe in pregnancy. However, especially in early pregnancy, it is difficult to predict whether the patient will need further ionising scans for the same or different pathology. Therefore, it is important to keep to the ‘as low as reasonably practicable’ mantra when thinking about the use of CT scanning in pregnancy.

Nuclear renograms such as MAG3 scans can also be used to assess physiological obstruction. They administer only a small dose of ionising radiation which is equivalent to 10% of an X-ray IVU (0.7mGy). The isotope used in these scans is Technitium 99. This is widely used in pregnancy in other nuclear medicine scans such as ventilation-perfusion scans for pulmonary emboli and is considered safe. It should be noted however that is it excreted in the urine, and if stored in the bladder for prolonged periods at high concentration is a potential risk to the foetus. The patient should therefore be advised to maintain a judicious fluid intake and void regularly following imaging. Unlike ultrasound a MAG3 scan will distinguish between physiological and obstructive hydronephrosis but will not be able to tell the position and size of a stone. Therefore, MAG3 renograms should be used in conjunction with other imaging modalities in pregnancy.

Imaging for any condition in pregnancy is challenging and requires input from the urologist, patient, obstetric team and radiologist. Although the mother must always be the main priority the exposure of harmful radiation to the unborn foetus is of paramount concern. There seems to be a general consensus between radiologists, urologists and obstetricians, that ultrasonography is a reasonable and safe first-line investigation especially when the patient is well. This is recommended by both NICE and the EAU. If, however, a patient attends the emergency department unwell and septic, out of hours, a one-off low dose CT scan can provide a more accurate diagnosis whilst giving a below threshold dose of radiation (especially in the second and third trimesters). The EAU recommends this as a last diagnostic line and therefore it may be appropriate if other imaging modalities are unavailable. It may also provide more accurate information regarding other causes as clinical diagnosis is often difficult. Nuclear medicine and MR urography should be used in conjunction with US in certain scenarios.

From a medico-legal point of view, any medical diagnostic ionising radiation received must be discussed with the mother. She should be informed that at a low dose there are unlikely to be any deleterious effects to the foetus, but a radiation-induced effect can never be completely ruled out. She should also be warned of cumulative effects of radiation throughout pregnancy if she requires procedures or diagnostics that require radiation later in pregnancy. 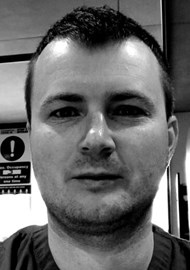 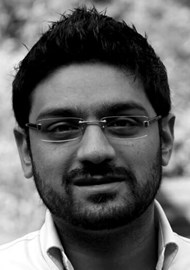 St Helens and Knowsley Teaching Hospital, with a special interest in reconstructive urology.