In this series of articles I am going to show you some of the exhibits contained in the BAUS Virtual museum of the History of Urology which is part of the BAUS website (www.baus.org.uk).

In the last three articles I wrote about the ancient perineal operation of Cutting for the Stone. To modern urologists this approach to the bladder is completely alien. Even those surgeons who operate in the perineum would be disappointed to find themselves in the bladder via this route. To us, an open approach to the bladder would be above the pubis; historically however, this would be tantamount to murder. From Hippocrates onwards all knew that abdominal wounds of the bladder were fatal.

Opening the abdomen in a struggling, heaving patient of the pre-anaesthetic era would inevitably lead to extrusion of the bowel (even in the anaesthetised, paralysed patient we all know that these can be difficult to replace) and even if this could be avoided, death by peritonitis would surely follow. The key, as we in smug hindsight know, is not to open the peritoneum.

In 1556, Pierre Franco (1500–1561) of Lausanne did not know this but necessity forced his hand. Franco was operating on a two-year-old boy, the stone was too large to remove via perineal lithotomy. The boy’s desperate parents begged him to do something and Franco opened the bladder suprapubically and extracted the stone. The boy lived; Pierre Franco was the first man recorded to purposefully perform an open suprapubic cystolithotomy. However, wary perhaps of the words of Hippocrates, Franco counselled against any other surgeon trying the same.

Francis Rousset of Montpelier performed the operation in 1590 on a dead body. He had hoped to try it on four condemned criminals but, Henry III of France, who had agreed to this vivisection, died before formal permission was given. Francis Rousset, Nicolas Piètre and Hildanus all wrote on the suprapubic lithotomy,which became known as the Franco Operation or the High Operation; the technique did not catch on.

On 23 December 1719, John Douglas, Surgeon and Lithotomist to the Westminster Infirmary, devised his ‘New Operation’ of suprapubic lithotomy. He removed a stone from the bladder of a 16-year-old boy. After five weeks, he was completely recovered. An anatomist and the brother of James Douglas who described the peritoneal reflections (Pouch of Douglas), John Douglas published his technique showing how the bladder could safely be opened below the peritoneal reflection. The book, published in 1720, was called Lithotomia Douglassiana; perhaps a little showy as a title? In 1723 William Cheselden also published on the high operation (Figure 1), and although he credited Douglas with the discovery, Douglas was not happy and accused Cheselden of plagiarism. Interestingly, Cheselden didn’t take up the high approach to the bladder preferring to use the lateral perineal lithotomy (as detailed in the previous article). 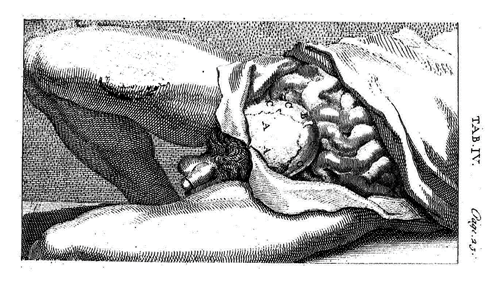 Figure 1 (below left): Plate from Cheselden’s book showing how the distended bladder
pushes the bowels away from the incision of the High Operation (1723).

As the 18th Century progressed into the 19th the focus on bladder stone management was concentrated on inventing a transurethral technique (a topic for another day’s article) and the perineal approach remained the standard open technique until blind and then visual lithotrity was developed. 1846 saw the introduction of anaesthesia and the latter part of the 19th Century witnessed more open surgery including suprapubic prostatectomy, cystectomy and cystotomy. The urologist of the early 20th Century became more used to opening the abdomen than the perineum and open suprapubic cystolithotomy became the norm (Figure 2). 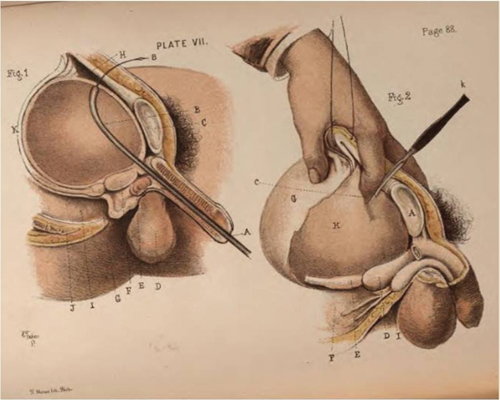 Figure 2 (below right): Accessing the bladder suprapubically using a Sond-a-Dard (sound) as a guide.
From Suprapubic Lithotomy 1882, Helmuth.

In the last four articles I have discussed the history of open surgery for bladder stone, the basis of ancient urology. In the next article, I would like to look at the most modern urological surgical technique there is.