Stent: the name behind the name
BY Marios Hadjipavlou, Ian K Dickinson and Seshadri Sriprasad

In this issue we will be looking at a word we use every day in urology, ‘stent’; we know what it is and we know what it means, but where does that word come from? It is surprisingly modern! I’m very grateful for Marios Hadjipavlou, Ian Dickinson and Seshadri Sriprasad for researching and writing this interesting story.

The ureteric stent is undoubtedly an integral part of modern urology. They are often placed to bypass obstructing calculi or ureteric strictures or to alleviate extrinsic compression. They allow urine to drain from the kidney while keeping the ureter patent and allowing healing. The origin of the word ‘stent’ has been subject of debate in the past and here we discuss the etymology of ‘stent’ including the early uses of the word and the development of this device.

The most likely origin of the word relates to the British dentist Dr Charles Thomas Stent. He was born in Brighton in 1807 and trained and practised dentistry in London. Stent became famous and was appointed as Dentist to the Royal Household in 1855. He improved and modified a denture base gutta-percha (a natural latex or gum from certain Malayan trees) by adding stearine, a glyceride of stearic, palmitic and oleic acids as well as adding talc as a filler, to create the ‘Stent’s compound’. He founded the firm C.R. and A. Stent with his sons to manufacture what soon became a popular product. Stent died in 1885 in London and his sons continued to market the compound. In 1901 Claudius Ash and Sons of London purchased all rights and manufactured the Stent’s compound while keeping its name.

JJ stent (courtesy of the BAUS Museum of Urology).

Dutch Plastic Surgeon Johannes F Esser (1877–1946) pioneered novel methods of reconstructive and plastic surgery on soldiers with face wounds during the First World War. He applied sterilised Stent’s compound to stabilise skin grafts. In 1917, he described how he used “mould of dentical mass (Stent’s) in fixation of skin grafts in oral surgical repair of war wounds”. Esser adopted an “epidermic lay technique” by using Stent’s compound to stretch and fix grafts to enlarge conjunctival openings as well as in ear reconstruction and intraoral grafting.

Harold Gillies (1882–1960), considered to be the father of plastic surgery, adopted Esser’s technique, particularly in eyelid reconstruction. He wrote in his 1920 book, “the dental composition for this purpose is that put forward by Stent and a mould composed of it is known as a ‘Stent’”. In 1978 Mulliken and Goldwyn wrote that ‘stent’ is an operating room byword, associated with skin graft fixation. However, in 1954 Remine & Grindlay described a polyethylene tube “to act as a stent for the anastomosis” in experimental reconstruction of the common bile duct in dogs. They used a skin graft as a conduit and attempted to prevent contraction by using the principle of Stent’s dressing which was extended to a tubular structure. Also, in 1966 Menick and Kim reported a case where a rubber tube was placed following repair of the common bile duct. The terms ‘stent’, ‘splint’ and ‘prosthesis’ were used to describe the device.

Willard E Goodwin (1915–1998) was a renowned American Urologist known for the first percutaneous nephrostomy, being the first to use steroids in transplantation and his innovative methods of using the bowel to reconstruct the urinary tract in adults and children. In 1972 he wrote, “Urologists are always talking about putting a tube in a ureter or urethra. When they do this, it is not a splint. It may be a stent. It probably is never a stint. Perhaps the process is most properly described as leaving a tube or stent in an organ.”

The following year, Montie et al. wrote, “a splint is something that is put outside a structure to make it stable, whereas a stent is a compound or a mould made of a compound for holding some form of a graft in place. When referring to an intraluminal device to maintain patency until healing has taken place, the word ‘stent’ is most appropriate.”

As the spoken language often predates written language, it is likely that the word ‘stent’ had become widely adopted in urology by the 1970s.

There is an alternative possible origin of the word ‘stent’. The Oxford English Dictionary supports the connection of the medical device with Charles Stent, however alternative etymologies have also been considered. The Latin word extendere and the old French word estente are considered. Furthermore, literature exists to support that the word ‘stent’ was used in Scotland as early as the 14th century meaning to extend, set or stretch out a sail, curtains or fishing nets. Sterioff researched whether there was any connection of these alternative etymologies with the Stent family name – according to the Historical Research Centre no relation was found. The name Stent is recorded from the 16th century in Sussex and refers to “a person who is obliged to perform a fixed amount or share of work within a given time.”

Returning to urology, the German surgeon Gustav Simon (1824–1876), famous for performing the first successful nephrectomy on a human, is credited for performing the first ureteric catheterisation. In the late 19th century, as the understanding of renal physiology advanced it became important to isolate urine output from an individual kidney. In 1875, he digitally dilated the urethra of a woman and passed a fine tube in her ureter guided by his index finger. Simon’s device was a stiff hollow tube and the need for softer and flexible ureteric catheters became apparent. Early ureteric tubes were not radio-opaque and had no graduation marks. Renowned urologist Dr Joaquin Albarran designed probably the first ureteric catheter for commercial use in the early 1900s for the French company Eynard. Reontgenography later became an integral part of urology and radio-opaque catheters soon followed.

In 1952, Selby Tulluck described the use of polyethylene tubes to help repair ureters and fistulae. Fifteen years later, Zimskind et al. reported the use of a straight open-ended silicone tube inserted endoscopically to relieve malignant ureteric obstruction. In 1974 McCullough used a single pigtail stent described as a “shepherd’s crook”. Only four years later, Finney used the double-pigtail ureteric stent we associate with the word stent now.

So, a British dentist, Charles Thomas Stent lent his name to a tooth mould and, unintentionally to endoluminal scaffolding medical devices, including the ureteric stent. This is one of the greatest inventions and most commonly used devices in endourology today. Stent suffered the curious fate of having his name remembered but yet his name forgotten. 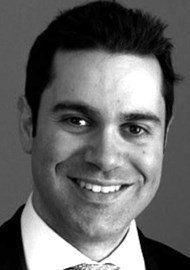 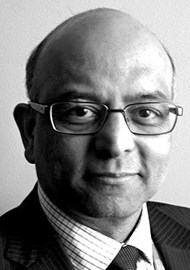 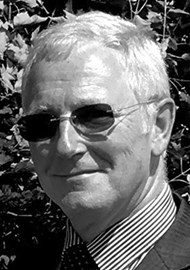