In 2005 a 43-year-old man of Afro-Caribbean ethnicity was referred to our centre for investigation of suspected prostate cancer. Digital rectal exam revealed a firm right lobe, PSA of 2.3ng/ml, prostate volume measured on transrectal ultrasound was 17ml leading to a PSA density of 0.14.

Systematic transrectal prostate (TRUS) biopsies showed a focus of Gleason 3+3=6 adenocarcinoma in one core from the right apex occupying 15% of the submitted tissue and high-grade PIN in another single core from the right base. He had no other medical co-morbidities and after counselling a decision was made for initial management with active surveillance. The patient underwent PSA checks every three to six months with a clinical review every six to twelve months, in addition to the investigations outlined in Table 1. 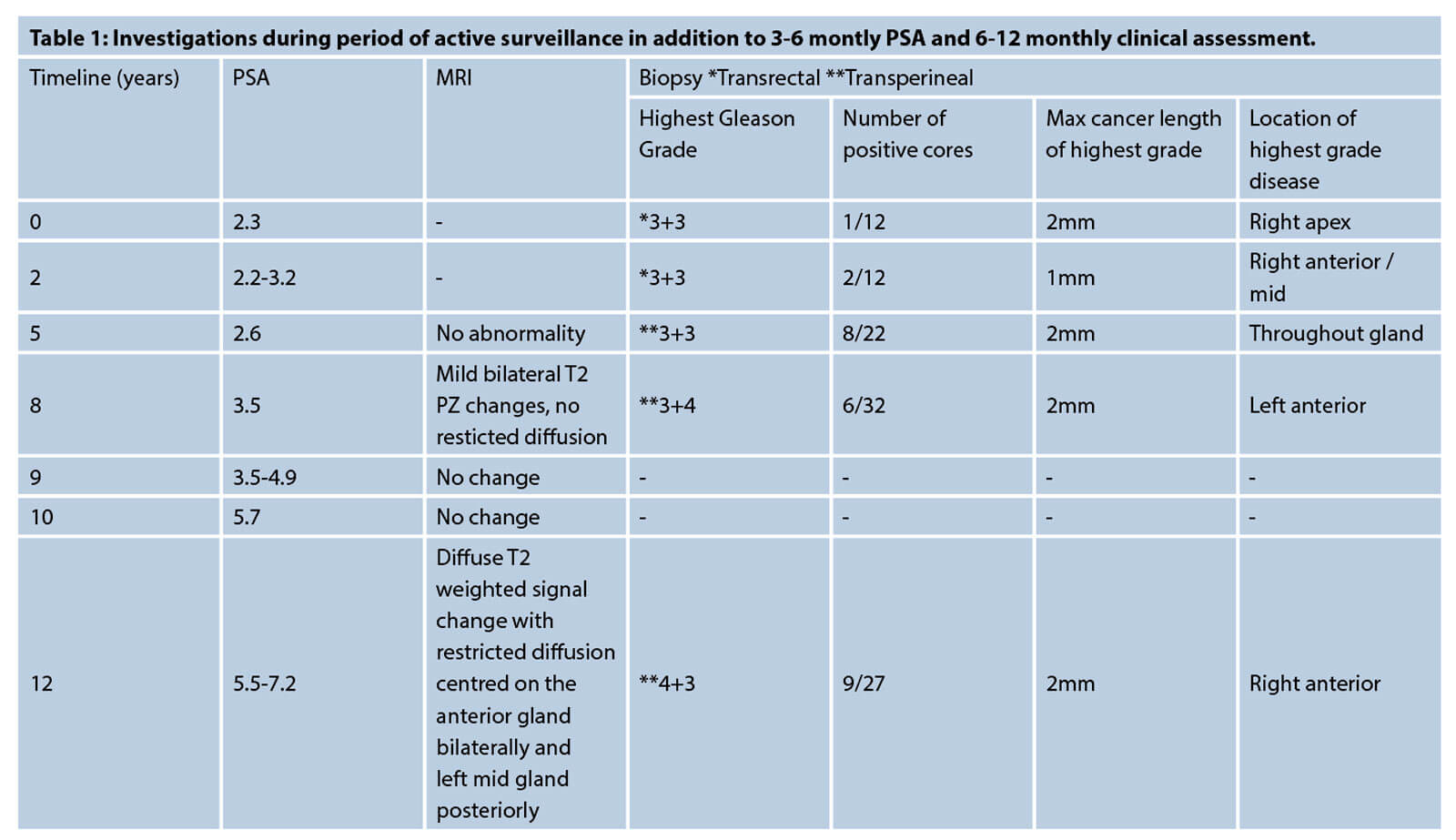 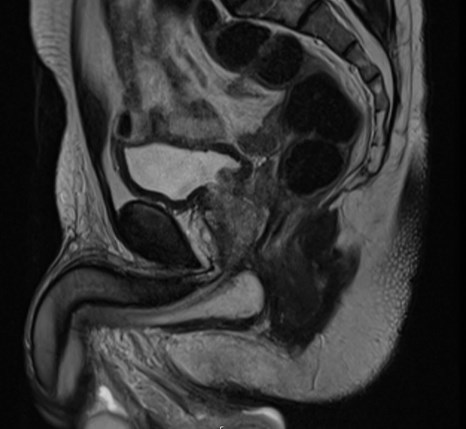 Annual bi-parametric prostate MRI did not show evidence of progression for another four years. Serial PSA measurements however steadily rose to 7.2ng/ml. Up to date MRI imaging demonstrated a lesion in the anterior prostate from the apex to the mid gland (Figure 1) and further biopsies were recommended revealing adenocarcinoma in 9/27 cores, Gleason grade 4+3=7 (ISUP grade 3) and perineural invasion in the left posterior gland. 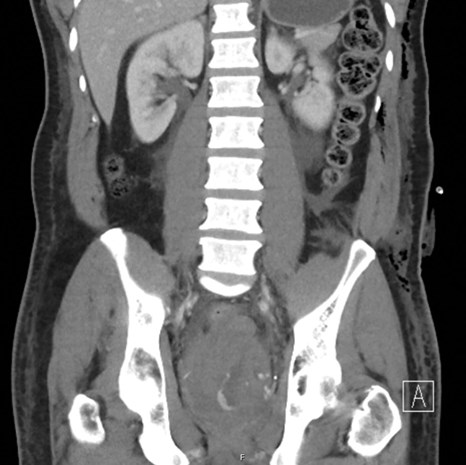 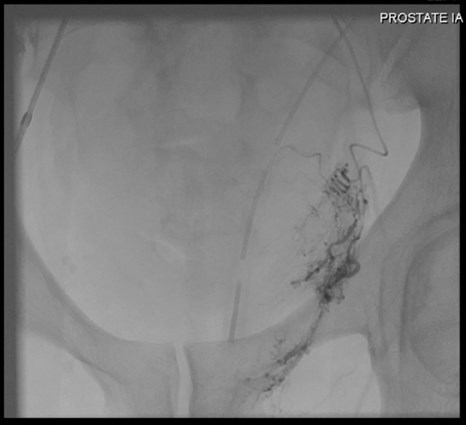 The patient underwent robot-assisted radical prostatectomy with a request for bilateral nerve sparing. The operation was very challenging due to fibrotic posterior planes and difficulty in nerve sparing and apical dissection with an estimated blood loss of 300mls. His recovery was complicated by a postoperative bleed causing a pelvic haematoma requiring transfusion and super-selective embolisation of the residual left prostatic artery (Grade III complication, Clavien-Dindo classification) as demonstrated in Figures 2 and 3. The patient experienced transient stress urinary incontinence postoperatively and poor erectile function requiring PDE5 inhibitors and vacuum pump device.

Histopathology from the surgical specimen reported Gleason 3+4=7 adenocarcinoma of the prostate (up to 20% pattern 4), pT2 with a dominant 30mm anterior nodule from apex to mid-gland and a left posterior-lateral focus measuring 10mm. Excision was complete with clear surgical margins. First postoperative PSA was 0.15ng/ml more than doubling to 0.37ng/ml in less than six months. Repeat MRI and PSMA PET scan did not demonstrate any detectable recurrent disease and the patient underwent radiotherapy to the prostate bed and pelvic lymph nodes. Several years after completion of radiotherapy his PSA remains undetectable.

Active surveillance as initial management for low-risk and select patients with intermediate-risk prostate cancer is recommended by international guideline [1,2], allowing patients to avoid or delay the toxicity associated with treatment. The DETECTIVE consensus statement outlined eligibility criteria for active surveillance [3], but failed to reach agreement on exact surveillance schedules or histopathology criteria required to trigger a change in management.

Our patient developed subclinical locally advanced or micro-metastatic disease during 12 years of active surveillance despite reassuring PSA levels (<10ng/ml) and imaging characteristics. Development of low volume Gleason 3+4=7 (ISUP grade 2) disease, overall large number of positive cores, and his ethnicity put him at higher risk for progression. Throughout his period of active surveillance he continued to meet DETECTIVE eligibility criteria for active surveillance.

This case highlights the longer-term risks of managing younger men with active surveillance, particularly when the grade progresses to Gleason 3+4 disease. The disease parameters of low volume prostate cancer change very slowly and once established on active surveillance men may be reluctant to change course despite gradually worsening biopsies. Men are often reassured by the slow progression and have a desire to continue living without the sequelae of treatment.

Five prostate biopsies during the course of the patient’s diagnosis and surveillance led to very fibrotic planes and challenging surgery, causing increased risk of surgery and the very treatment complications and poor functional outcomes that active surveillance aims to allow men to avoid. With this is mind we would recommend that younger men are advised strongly to move to radical treatment when definitive progression on active surveillance is detected, to maximise oncological and functional outcomes. 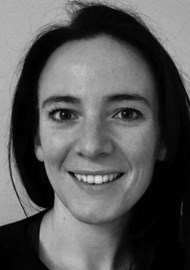 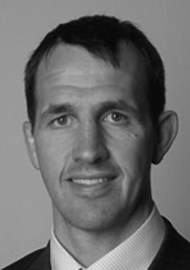